New addition to Appendix of Mis/Understanding 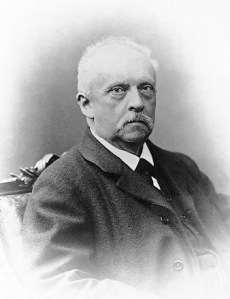 For your edification, consider the following quote from Hermann von Helmholtz, recently added to the Appendix.

Accordingly, Hegel himself, convinced of the importance of winning for his philosophy in the field of physical science that recognition which had been so freely accorded to it elsewhere, launched out, with unusual vehemence and acrimony, against the natural philosophers, and especially against Sir Isaac Newton, as the first and greatest representative of physical investigation. The philosophers accused the scientific men of narrowness; the scientific men retorted that the philosophers were crazy. And so it came about that men of science began to lay some stress on the banishment of all philosophic influences from their work; while some of them, including men of the greatest acuteness, went so far as to condemn philosophy altogether, not merely as useless, but as mischievous dreaming. Thus, it must be confessed, not only were the illegitimate pretensions of the Hegelian system to subordinate to itself all other studies rejected, but no regard was paid to the rightful claims of philosophy, that is, the criticism of the sources of cognition, and the definition of the functions of the intellect. – Popular Lectures on Scientific Subjects, “On the Relation of Natural Science to General Science,” p. 7