Home › Philosophy of Nature › Cosmology › Can Aquinas’ Cosmos Still Be Our Cosmos?

Can Aquinas’ Cosmos Still Be Our Cosmos? 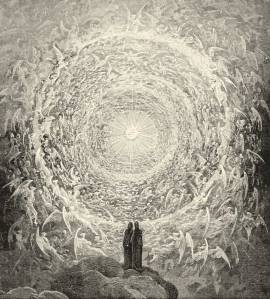 When returning to learn from the great thinkers of the past, especially with an eye for what they can contribute to our discernment of what the modern age claims as true or to be believed, a balance must be struck so that, on the one hand, the truth from prior ages is not so emaciated in the transfer that the only connection it has with its original proponent is its author’s name, which we tack on as a helpful label to remind ourselves why it is made by that association important, and, on the other hand, that those truths from bygone eras are not weighed down by cultural and scientific baggage that encumber the truth still lurking within the work’s yellowed pages. Good intentions can lead to errors on either end, and this seems especially true when history reports that a thinker is one to be revered. St. Thomas Aquinas is frequently subjected to this. For instance, a recent short essay by Paul Krause claiming that “Thomas Aquinas’ cosmology and doctrine of the soul are vitalistic” is an example of the latter extreme, despite the good intentions of the essay’s author.

The good at which the essay aims is encumbered by two shortcomings. The rhetorical shortcoming is the swift dismissal that Thomism receives by way of introducing the main theme. Most people, we are told, are not directly familiar with Aquinas but rather with “the phenomenon of Thomism.” The “many faces” of Aquinas are hidden from public view by a “Thomist machine” which overemphasizes Aquinas’ “ontological realism” and extreme specificity regarding philosophical anthropology and “Catholic theology and doctrine.”

Since I am most likely one of those caught up in the Thomistic machine, this may explain why I failed to believe right away that “this public portrait . . . of Thomas is deficient on many levels.” Yet by focusing on the error of overemphasizing “ontological realism,” we can safely box away those Thomists who failed to appreciate Aquinas’ “enchanted and mystical cosmos.” Perhaps I am supposed to know who they are already? Are they too analytically inclined? Too historical? Too ahistorical in their approach? To eclectic?

Still, on the other hand, we should recall the other extreme mentioned above: to lighten the substance of an ancient master’s thought so much that we have to carry it around with a mental label—“Thomistic”—to remind ourselves of its origin. The great fear some have that modern science would sink it unless we jettison the ballast of core Thomistic natural philosophical and metaphysical claims doubtless contributes here; e.g., if one does this until all that is left is a generic defense of hylomorphism. Avoiding this extreme is, of course, advisable (although it should not be confused with the necessity that the first defense of hylomorphism is “generic” in its approach).

But this does not require going to the other extreme, which is where the essay in question seems to go next. Indeed, the “ontological realism” decried is exactly what is required to preserve the “enchanted and mystical cosmos” that is central to Aquinas’ philosophical and theological doctrine.

The second shortcoming is philosophical—or to be more specific, natural philosophical: “Thomas’ cosmology and doctrine of the soul are vitalistic.” Now, perhaps this isn’t a philosophical error. Perhaps it is useful equivocation in the service of colorfully illustrating a point. Assuming the contrary, however, it bears wondering whether the claim is, in any meaningful way, true, either as an interpretation or as a proposal to be retained from Aquinas. Vitalism here does not refer to certain 18th and 19th-century biological debates (although their topics are akin). Rather, it concerns the view that “Everything has a particular soul to it.”

Now, this cannot be an accurate interpretation of Aquinas, who never defended the view that the elements have souls. That the elements do not have souls is clear (see here), because they are not alive, and soul is the principle of life. Thus, not all bodies can be alive, for this would erase the difference, clear to our common experience, between living and non-living bodies (see here, n. 220 in particular). As Gilson once quipped: “We say that primitives take a watch for an animal, but only the genius of Descartes has been able to take animals for watches.” Neither can we say that Aquinas followed the opinion that the movers of the celestial spheres were their souls (see here, n. 6).

Of course, someone might reply that Krause meant “Every [living] thing has a particular soul to it.” This returns us to the hyperbolic mode of interpreting the essay. However, this is to miss an even more “vital” point about what makes Aquinas’ cosmos “enchanted” in comparison to our scientific worldview. This is, of course, the idea that things have forms. This “form,” to borrow Krause’s phrase, makes Aquinas and his heirs sound even more “crypto-pantheistic,” despite the fact that it might really be we moderns who are crypto-pantheists, with our talk of “the laws of nature/science” governing inert matter and forcing them to following unknowingly their marvelous tracks through space and time.

It is actually essential that we turn to the idea of form, and not that of soul, because Aquinas’ “enchanted” cosmos would lose its appeal without form. A soul is, after all, a particular sort of natural form. That is, without the reality of form as a cause in the cosmos, the appeal that Krause sees in Aquinas’s philosophical and theological cosmology would be a hollow one.

Of course, to recover form, to make it not just believable but inevitable in the arena of world-views and interpretations of modern science, one must appeal again to “the Thomist machine” and a defense of “ontological realism.”

The good of Krause’s essay is to be found in his outlining the “quasi-deduction” of the order of the universe presented by Aquinas in Summa contra Gentiles III.97. I’ve treated that deduction as a part of the argument of this academic paper, but the essentials are simple enough. The universe God wills to create is one that He wills in imitation of Himself. Thus, the universe, in order to imitate God, must be a unified variety of kinds—one, because God is one, and many in form, because God’s goodness can be imitated in a potential infinity of ways. Thus, as Krause rightly points out, “Thomas’ Ladder of Being is at once hierarchal and concentric.” It is an ordered, unified hierarchy of kinds created as a likeness of God, with God as its end and common good. This line of thinking—when it made its way into contemporary “Thomism”—inspired the hierarchy argument developed by Charles De Koninck from early on in his career. Far from being a type of emanationism in being, this argument traces the logical unfolding of form in the universe in a perfect unity of order and in imitation of God, from the highest creature to the lowest and most remote.

Whether or not Aquinas’ cosmos can be our cosmos is a topic that I’ve addressed elsewhere, and one which continues to captivate my interests. One crucial component of recovering a Thomistic cosmos is seeing that ontological realism, or, as it could be more pleasingly phrased, the defense of the reality of formal and final causality, is the only way in which we can avoid a facile concordism when reading classical Thomistic texts together with modern scientific textbooks, on the one hand, while also steering clear of a far too “romantic” view of Thomistic philosophy and its cosmos, on the other hand. This, while not lacking some laudable aspects, cannot be recommend without qualification when it comes to finding a non-metaphorical, truthful understanding of the created order that every fascinated the aptly-named Angelic Doctor.

The naturalism or materialism that is the dominant ontological lens with which scientific results are read—a world not only without colors but a world without powers and strivings in things, whether living or inert—is rightly coming apart at the seams. Scientists and philosophers from outside Thomism now ask whether holistic or “top-down” causality is required in science, whether there is not more to the cosmos than matter, never mind the human brain. Indeed, how could only physics underlie the mind? Philosophers have realized that a Humean universe of ubiquitous yet contingent regularities is not enough to explain what the laws of nature are, much less why they work so well—we need “the New Aristotelians” for that. Aristotelian and Thomistic philosophers have or are on the way to showing how “form,” once ignored as merely an uninformative occult quality, is actually an omnipresent principle in nature insofar as it is revealed by the modern natural sciences, from quantum “thermal substances” to biology and essential kinds to the human brain.

Perhaps instead of asking can Aquinas’ cosmos still be our cosmos, then, we should rather ask whether our cosmos is still, after all, Aquinas’.