While looking for a book recently in the library stacks, I happened upon this Spanish tome (The Essence of Thomistic Philosophy), which bears the following inscription, yesteryear’s equivalent of today’s Amazon customer reviews: 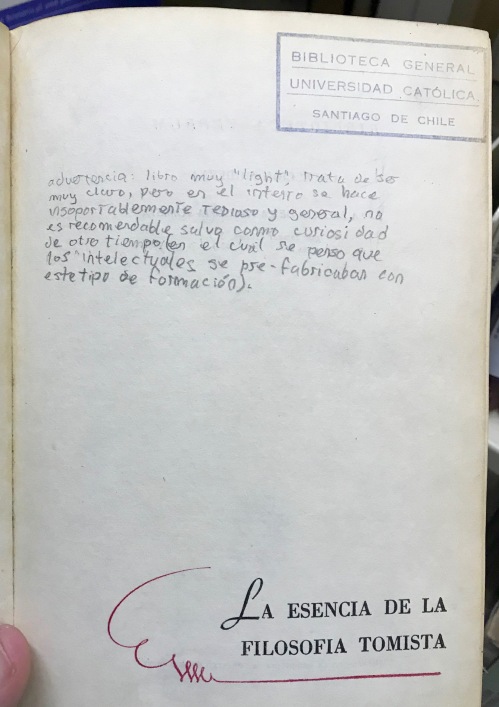 A translation of the concerned reviewer’s self-appointed epigraph:

Warning: A very ‘light’ book. It tries to be very clear, but in the attempt makes itself insufferably tedious and general. It cannot be recommended except as a curiosity of another time (in which, I think, the intellectuals were pre-fabricated with this type of formation).

I take it instead as a warning not to readers but to writers of Thomistic philosophy.

View all posts by John Brungardt